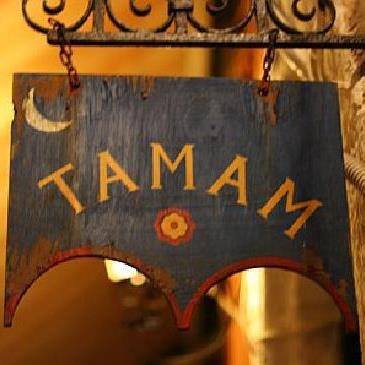 We cook since 1982 for people from all over the world! Our recipes have been inspired by the Greek family Sunday meals, traditional food that we eat at home with our beloved ones. Careful selection of top quality local products and personal care has made Tamam a sought after restaurant in the Old Port of Chania.

The cuisine style of tamam is unchangable since the first pots put in the oven. Traditional Greek food with some Eastern oriented influences by the Ottoman cuisine and the broader Eastern Mediterranean region. Crete was a place conquered by many, Venetians, Egyptians, Turkish. Chania was a trade center for Jewish, Arabs, Europeans and everybody left a mark during the ages that could not leave the food habits untouched.
The main goal for Tamam’s food quality is the sourcing of the ingredients only from the very best suppliers and local farmers. Wine as an undisputed companion of food is of major importance for Tamam accomplishing to have a very well structured wine list from selected wines from the Greek vineyards with an emphasis in wines of Crete. We strongly believe that wine tastes better where it is produced.